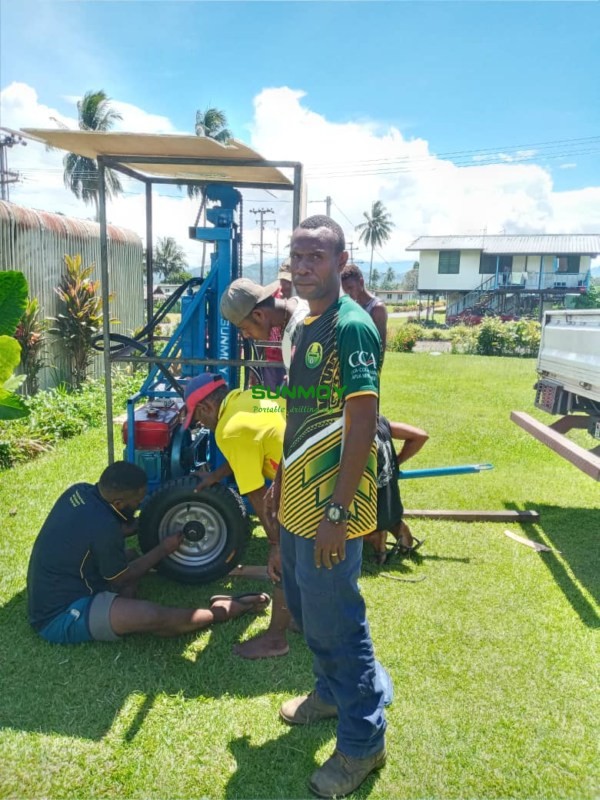 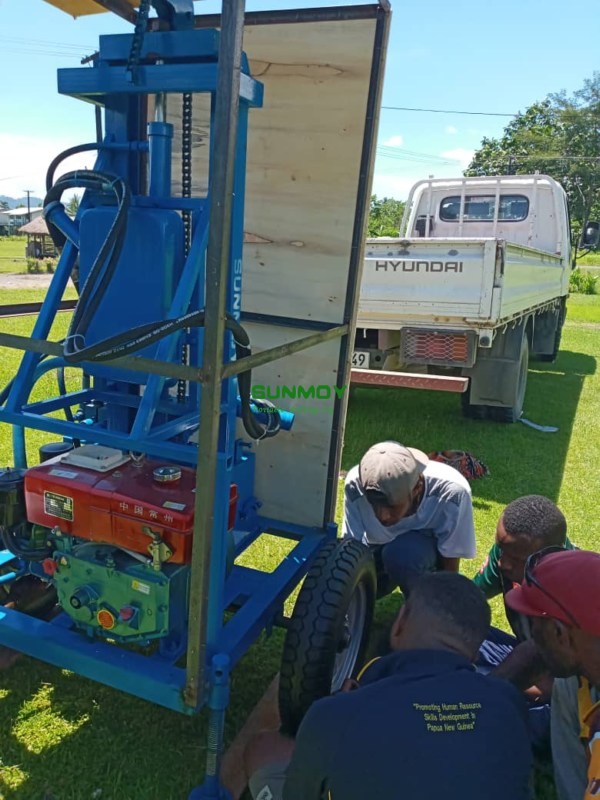 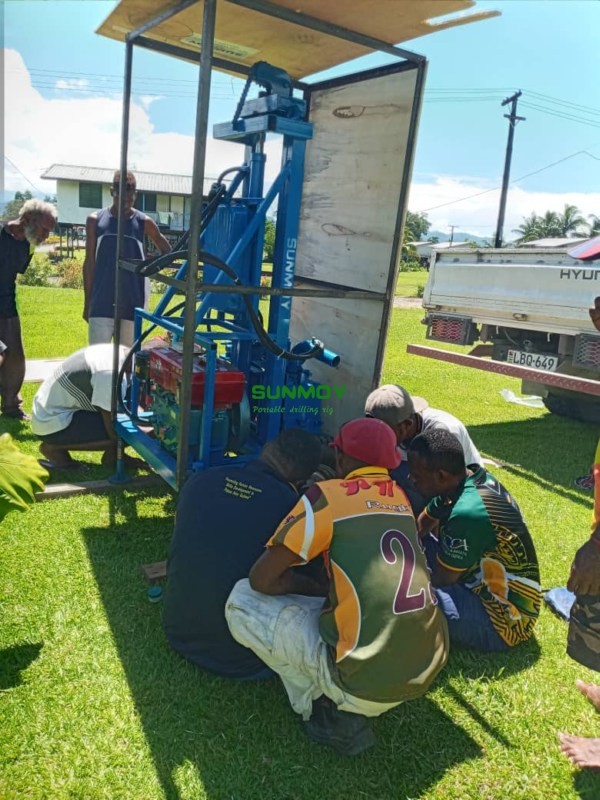 About the drilling bits for rotary drilling

The different types of bits can best be described by illustration. We start with the simple star or fishtail drag type of bit (Fig. 2). This bit is used in soft unconsolidated formations such as clay and sands. They have fluid courses which tend to jet the formations and the blades are very effective on sticky clays. The cone type of roller bits have two to four cone type of cutters mounted on roller bearings which have teeth in varying lengths that intermesh (Fig. 2a). This bit has fluid courses which depending upon the design either jet directly on the formations or wash the cutters clean when the stream is directed on the cones themselves. The bits vary from long tooth cutters for use in soft formations to short intermeshing cutters which tend to chip in very hard material. The harder the formations the shorter the cone teeth. As a general rule we rotate soft formation bits 16 at higher speeds and have much lower bit weight. As a general guide soft formation bits will be used at speeds from 50 to 150 RPM with bit weights from 1,000 to 4,000 pounds per inch of bit diameter. The very hard formation bits will be used at speeds of 30 to 50 RPM with 2,000 to 5,000 pounds per inch of bit diameter. Varying manufacturers have different designs of the fishtail such as finger bits to many types of roller bits. This is a wide field and experience in an area will solve the problem of the most efficient type of bits to use in a particular area and formation. 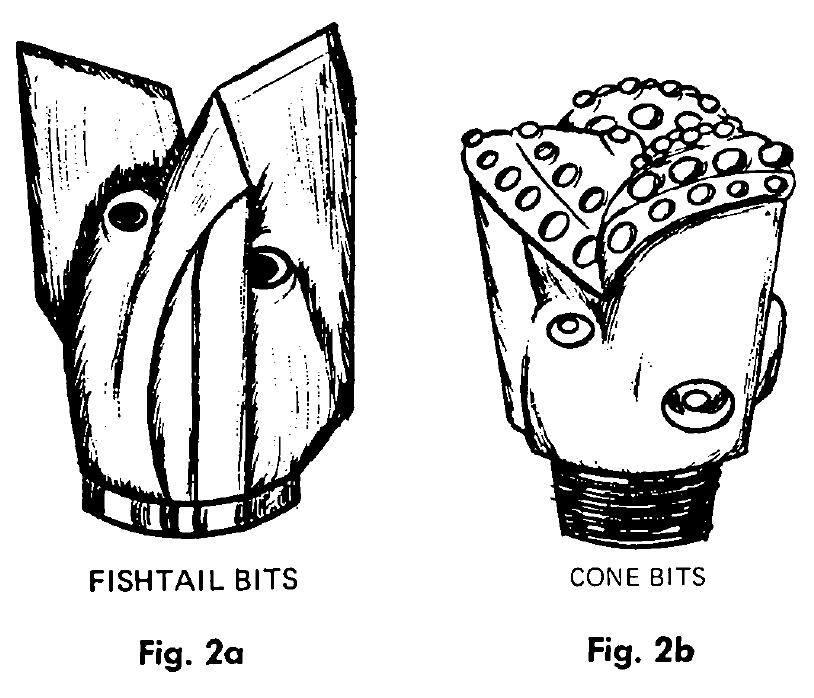 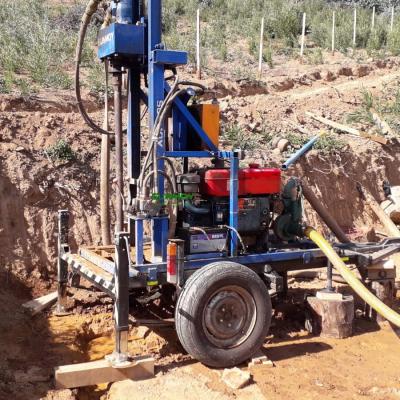 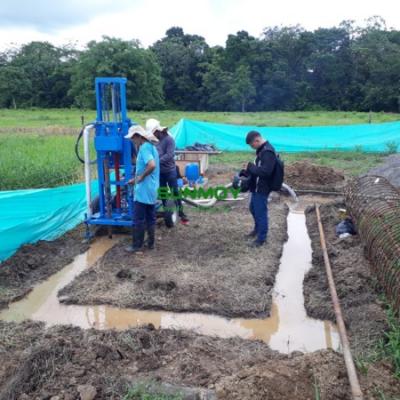 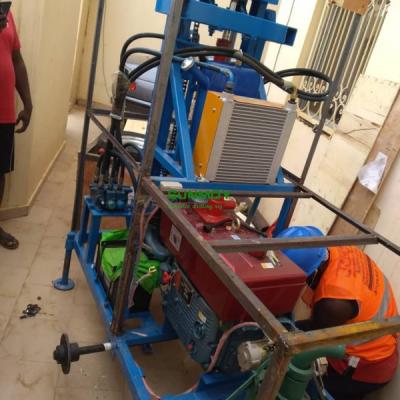 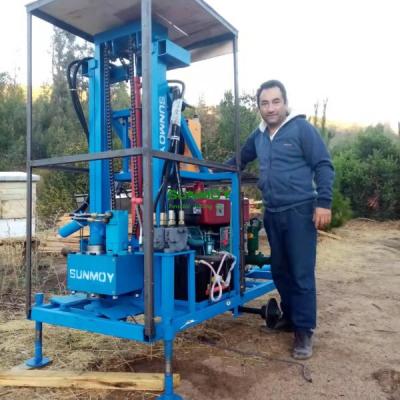